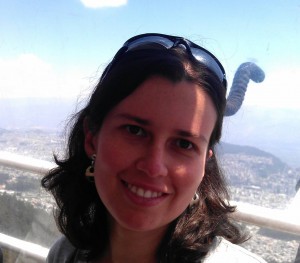 I completed my undergrad studies at the Pontificia Universidad Católica in Ecuador where I was already interested in studying the amphibian chytrid fungus. My thesis as an undergraduate student looked at population genetics of Batrachochytrium dendrobatidis (Bd) in Ecuador. The results of this work showed that the Bd from Ecuadorian populations sampled did not differ from each other by more than 5 base pairs but did differ from other strains found in Japan. In 2013 I joined the Richards-Zawacki lab as a MS student and in 2015 I obtained my Master’s degree from Tulane University. My MS research focused on the changes in the virulence of Bd over time, and more specifically, asked whether Bd isolates collected during die-offs are more virulent than those from the same sites years later. I am now PhD student in the Richards-Zawacki lab, and I plan on researching the impacts of climate change on disease dynamics. I also intend to study host immune defenses to Bd, including innate, adaptive, and microbial skin defenses and how these defenses change based on climate change impacts.

You can follow Veronica on Twitter @Veronica_Saenz_ and at Google Scholar Veronica Saenz. Also check out her recent publications: 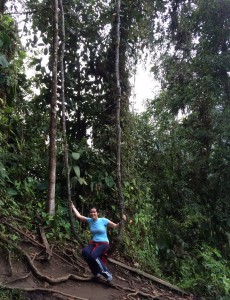